Jeff Bendel, Phenom Hoops Analyst, talks about his standouts from each team at the Feast of Champions 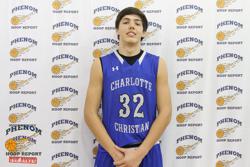 Over the last five or so years jump shooting has become much more prominent in all levels of basketball, however, more recently the shooting trend began to lose its appeal and capable big men are becoming increasingly sought after; Blake Preston is that capable big man. He’s the rare breed of player that is really productive right now yet still has quite a bit of untapped potential. Blessed with size and coordination, Preston is a true power forward that attacks opponents through his high motor and relentlessness. Offensively, he is undoubtedly savvy for a player of his size, able to manipulate post defenders with his high IQ. Preston scores efficiently, he can go to either block where he’s able to finish with either hand or step out to the high post/midrange area and knock down shots consistently; his touch around the rim is a huge plus. The ability that he displays on the glass is awe-inspiring, as he showcased the ability to pull down multiple offensive rebounds on the same possession. He scored countless times on tip-backs and second chance opportunities, a necessary skill for big men at the next level. Preston is also an above average defender with great timing and instincts; he is very mobile and able to hold his ground when switched onto guards or wings. He’s flown under the radar for quite a while, but that should end now, as D1 coaches across the country can’t possibly ignore all the positives he brings to the table any longer. Preston had averages of 19 points, 11.5 rebounds and 2.5 blocks in the two games that Charlotte Christian played.

Programs in search of an all-around wing player that can certainly mesh with any group– on either end of the floor– need to look no further than Rob Peterson. His length and size are perfect for how he plays on both sides of the ball. Peterson serves as the glue-guy for this Charlotte Christian team; he provides them with an above average defensive presence while consistently making intelligent plays on the offensive end. He scores on three levels and showcases a textbook jumper while getting his points within the offense, rarely turning the ball over or forcing shots. Peterson is a really sound defender that moves his feet well and displays fantastic positioning, both on and off-ball. All the intangibles are present for Peterson, especially his vocals on defense, an extremely underrated skill. Though he frequently produces at a high level, it appears his recruitment is behind his production and that’s increasingly likely to change. Peterson finished with averages of 11.5 points, 7 rebounds, 3 assists and 3 steals in the two games that Charlotte Christian played. 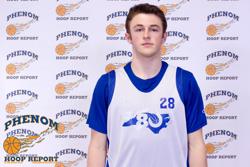 A leader has many faces and programs in search of a two-way guard who leads by example need to look no further than Tripp Greene. He’s a lead guard that looks to involve his teammates offensively but isn’t afraid to take scoring matters into his own hands. Greene prides himself on being a quality teammate; he could certainly lead the team in shots (and makes) every game but he refuses to force bad shots. Offensively, Greene is very useful, as he frequently creates open looks for himself and others while utilizing his jump shot to pose a constant threat. Though he is a dangerous offensive player, it is his defensive ability that stands out above all else. Greene is deceptively quick and has perfect positioning when guarding the ball; he stays alert at all times, always knowing where to force his opponent. The IQ, intangibles, and skills are all very evident with Greene; he will make a program very happy with his hard-working, professional approach. He finished with averages of 15 points, 3 rebounds, 6.5 assists and 3 steals in the two games Forsyth Country Day played.