What We’re Looking For
Part 1
Zeb Graham Vs. Trae Hannibal

When two teams are going up against one another the individual matchups are exciting to look at. Sometimes the story is not necessarily the two teams playing, however it is the matchup within the game that captivates the eye. This weekend, Phenom’s Capital City Jam will have great matchups across the board.

Ranked teams from around the state will be playing this Saturday at Ben Lippen in Columbia. Teams who have started their quest in making a run toward a state championship will be participating. On these teams there are player who are fighting for scholarships. South Carolina is currently as loaded with talent as the state has been in a long time. Phenom’s Capital City Jam has some of the state’s best teams playing with some of the state’s best players competing against one another.

In game two of Phenom’s Capital City Jam, Nation Ford out of Fort Mill, SC will face off against Hartsville from Hartsville, SC at 3:30 PM. This means that we will be treated to a matchup between two of the top 2019 point guards in South Carolina, Zeb Graham (Nation Ford) and Trae Hannibal (Hartsville). Each of these players are each among the Top 10 prospects and Top 3 point guards in South Carolina’s 2019 class. 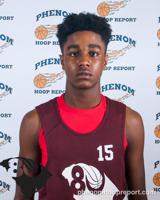 As a sophomore, playing in South Carolina’s largest classification last year, 6’1” Zeb Graham averaged 18 points, 4 rebounds, 3.5 assists and 2 steals per game. So far this season, Nation Ford is the crafty and jet-quick point guard is averaging 19 points, 5 assists, 5 rebounds and 4 steals per game. Graham is a winner, one who shines his best when the bright lights are one.

He has a confident handle and deep range, one who is incredibly exciting to watch. Graham is also a high academic player, carrying a 3.7 GPA. Right now Graham carries two offers, from Presbyterian and Hampton. We expect that list to continue to grow. 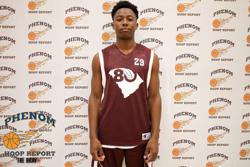 So far, in his junior season, Trae Hannibal is becoming one of the breakout performers in the state. The likes of Oklahoma State, Kansas State, Wake Forest have started recruited. Right now he is averaging 19.8 points, 10 rebounds, 5 assists, 2 steals and 1.3 blocks. He is shooting 46% from the field and 38% from beyond the arc. Startling numbers, numbers he has put up against 5A playoff teams, teams filled with talent.

Hannibal is a strong lead guard. He has a great handle and plays with a great pace, able to get to his spots. He is a very good athlete, showing both quickness laterally and incredible explosion above the rim. He plays with toughness and he plays with skill and IQ. Hannibal has all the tools. He currently carries offers from Stetson and South Carolina State. Like Graham, that number will continue to grow.

As basketball fans, you need to get out to watch Graham and Hannibal play, they are both incredibly exciting. However, Phenom’s Capital City Jam will have them pitted to face one another. They are fighting for the same scholarships and two of the most exciting players in the state, will be on the court against one another. Fans pack it in, college coaches line the baseline, videographers get under the baskets, this matchup will be one people talk about after the event.