South Carolina finding recruiting success with talent in its own backyard

The recruiting world has been heating up with players around the country.  Around our area of the country, talent has continued to run deep around the Carolinas. However, one thing that has been noticeable over the years in the past is that South Carolina hasn’t had huge success with securing the talent around and getting them to stay home.  But that could be changing and changing QUICKLY! The...

END_OF_DOCUMENT_TOKEN_TO_BE_REPLACED 2022 Zachary Davis was a name many might have not known a few years back.  Just over a year ago, Davis earned his first D1 offer from South Carolina State, as Phenom Hoops introduced many about his intriguing game. Read: https://phenomhoopreport.com/as-a-67-guard-22-zachary-davis-adds-first-d1-offer-from-sc-state/ At that time, he had this to say about his game: “Well, first I’m a...

END_OF_DOCUMENT_TOKEN_TO_BE_REPLACED 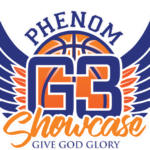 6’2 ’21 Travon Jones (Mint Hill Lakers) Although guys like Joel Baucom and Glenn Bynum have been the main offensive weapons for this Mint Hill Lakers group, Jones made a very strong impact on that end of the floor. He provided his usual amount of hustle, toughness, and ability to fill in the gaps, but also attacked the basket and hit numerous jumpers along the perimeter. As an unsigned senior,...

END_OF_DOCUMENT_TOKEN_TO_BE_REPLACED At Denmark-Olar high school in South Carolina lies a very intriguing talent in 2022 6’7 Zachary Davis.  A prospect that brings tremendous size and versatility to the floor and the proof is clear in what he has done for the Vikings.  This season, he has averaged 15.5 points, 5.3 rebounds, 6.7 assists, 1.8 steals, and 2.7 blocks per game according to MaxPreps, which is why he looks to be...