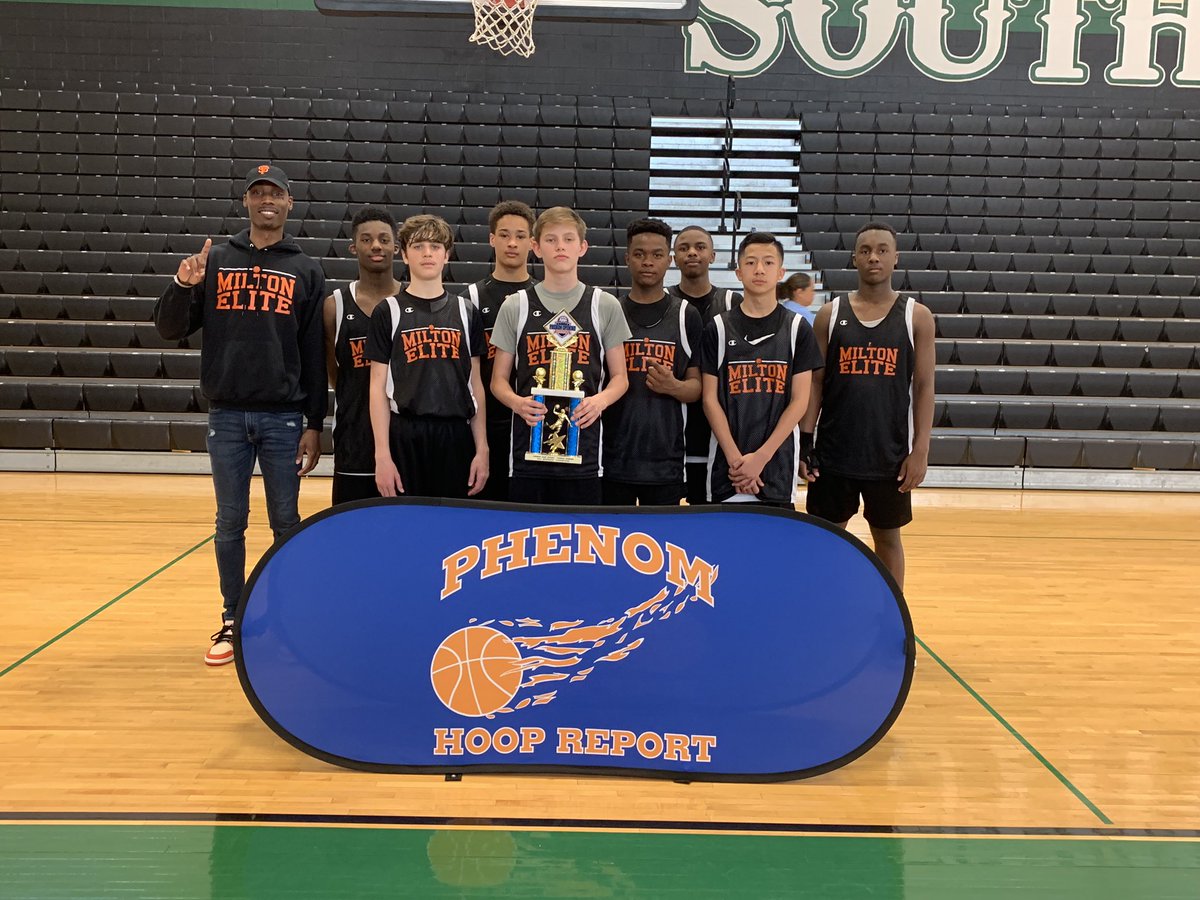 This was the final game of the day for the 14u third place trophy.  Tensions were high during warm-ups, before the game, and during the game.  The Tar Heel Elite came into the game having already played only moments before.  Back to back!  Gabriel Cerda of the Tar Heel Elite came into the game already being the MVP of the previous game and remained productive.  Not forcing anything but playing within the flow of the game and getting other teammates involved: he finished with 13 points.  For the majority of the game, neither team wanted to bend; back and forth with big plays on defense and offense.  Mar’Quavias Harris-Milton must have gotten his hand in the passing lane at the top of the key 3 times in a row, stealing the ball and taking it in for a score.  In addition, he hit several mid-range shots, long range shots, and drives to the basket.  He was the game’s Co-MVP with 23 points.  In spite of his spirited effort, the moment belonged to Braylen McCain.  During the game, he dropped some amazing dimes, kicked ahead, pushed the ball, and scored in many ways.  With euro-steps, pull up job shots off the dribble, shots off screens, catch and shoots, and an ankle-breaking in and out dribble that stunned the defender.  Braylen was arguably the best guard on court 3 for both days of the tournament.   He finished with 22 points.  Tar Heel Elite kept it tight throughout the game with great play from Cerda and Julian Crawlys who had 21 points, but in the end the Milton Elite squad won the 3rd place trophy for the 14U (Bronze) Bracket.