6’4 Jordan Diggs (2017) is a player that has stood out on multiple occasions over the summers’ course due to his clear grit and versatility. It is almost shocking how much Diggs can do on the basketball floor; his game is an ideal fit at either the three or four but his quirky frame makes him position-less. He’s armed with a strong and sturdy build, yet is still quite nimble on his feet. Diggs is really unlike any player in AAU basketball, he handles the ball frequently and possesses the ability to create for others on offense; he doesn’t take jumpers often, since he prefers to utilizes his strength and finish at the basket. Defensively is where Diggs potential skyrockets: his combination of size, speed, and strength are extremely difficult to match. Solid IQ, is a very intriguing player that many programs will give a hard look to, and rightfully so, as Diggs projects to turn it up a notch entering his senior season.

Next, Diggs teammate, 6’6 Adafe Price (2018) continues the trend of intriguing players on the Queen City Thunder. For starters, he’s the youngest player on this team, but doesn’t show it based on his play. Fortunately, Price is in an interesting position when you consider his style of play; he’s got plenty of time to grow a few additional inches or add a consistent three-point shot, either one would raise his ceiling tremendously. Price is likely to end his high school career as a natural four, where he can go in many different directions. Right now, he’s somewhat of a stretch big. He’s possesses a very comfortable jumper that ranges out to the elbows, but has displayed glimpses of a formidable three-pointer. Price is currently slotted at #29 on our 2018 North Carolina rankings, putting him among elite company. He’s a two-way rebounder that finds himself in really solid position, especially for a guy that wouldn’t classify as “bulky” to most. Defensively, Price stays alert on every possession, knowing exactly when to rotate and pounce on the opposition; his nice length makes shot blocking an effortless activity. In what I’ve seen from Price, I’m excited to see his game continue to get exposure as he heads into his junior year. 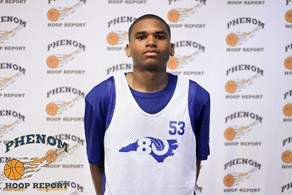 Next, a combo guard that is capable of causing hysteria in opposing defenses, 6’2 Jordan Beale (2017). He often carried the load for his team offensively, I can honestly say I’ve seen Beale at his best and worst, which is not necessarily a bad thing. Obviously having a stellar performance every showing is ideal, but it’s refreshing to see how a player changes their tendencies when they begin to struggle. Beale does just that. He dials in other areas of his game when the shots aren’t falling, whether it’s through his off-ball movement or defense. When he’s engaged, Beale is lethal, and not just on offense, as he has an uncanny ability to anticipate passing lanes leading to uncontested finishes. Offensively, he’s a machine from all three levels and possesses perfect shot mechanics with great balance and a quick release; nearly the definition of silky-smooth in a player. There’s a nice change of pace to Beale’s game, he’s dangerous in both the half court and transition, with or without the ball in his hands. Currently he’s set at #32 in our North Carolina 2017 rankings; his buzz rose considerably over the summer with very strong play and it’ll certainly continue in his final season at Voyager.

My true standout from Save Sports was 6’5 Rashad Dixon (2017). He was one of the most explosive athletes that was on display over the summer; is immediately the most athletic player in the gym regardless of opponent, and very few players hold that title. Dixon is the type of player that can really please a crowd with his emphatic dunking ability; he just glides through the air and throws it down effortlessly. He’s a high motor player that knows exactly what he’s capable of and doesn’t try to push the envelope too often. Every game I’ve seen of Dixon featured him at one of the big man spots, something that should be noted given his lack of size for the position. I’m not sure how many 6’5 players would be able to handle playing in his shoes, it takes elite athleticism and Dixon certainly has it in bunches. Ideally, given his size, Dixon would be able to play on the wing but I’m unsure if there’s enough time for him to add the necessary perimeter skills. Offensively, he doesn’t really have a go-to move, but that’s an interesting caveat to his game: Dixon can form his game however he chooses. The opposite end of the floor is where he shines his brightest, through constant alertness and phenomenal defensive chops. He defends very well, both on and off-ball; his rotations are precisely timed, allowing him to block shots with such incredible force. All programs are looking to add a high motor player like Dixon (currently #95 on our 2017 North Carolina rankings), it’ll be intriguing to see how much more his buzz picks up as he heads into his senior season. 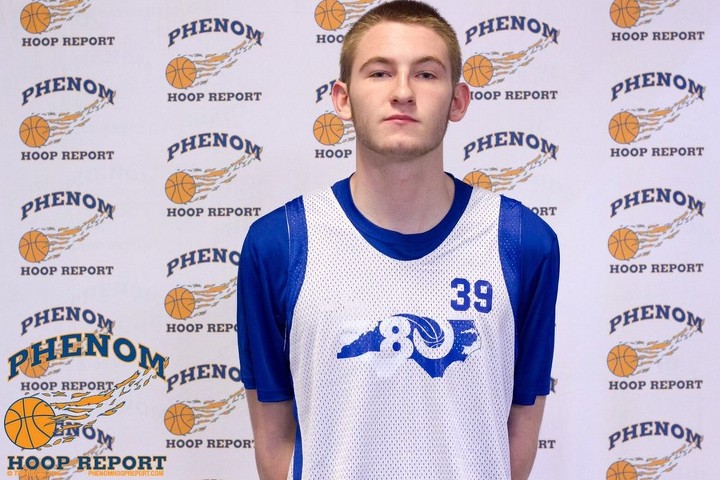 Of all the players Phenom has documented from the summer, very few were more intriguing than 6’4 Andy Pack (2018). He’s a do-it-all wing that can do literally everything at a high level, except perform as the lead ball handler. Offensively, Pack is a machine on all three levels and a sneaky-powerful athlete that catches opposing teams on their heels time and again. The high IQ just oozes when he’s on the floor, as Pack is always so sharp with his decision-making whether he has the ball or not. There are no real weaknesses in his offensive game; he’s armed with a beautiful looking jump shot and a drive game to match. Those looks near the basket always result in strong finishes with either hand, and if he’s coming in with a full head of steam then it would be wise to get out of the lane or face one of Pack’s vicious two-handed dunks. He truly plays beyond his years, never getting fazed while still maintaining the high IQ, high motor combination. Defensively, Pack is a plus, as he can guard three positions with no issues; really dials in on that end, knows where to force the opposition and how to turn it into immediate offense. Few players from this summer provide the security that Pack does, you simply know he will make the right play at the correct time; he’s an overqualified glue-guy. I’m a huge buyer of the Andy Pack stock; he’s only entering his junior year and currently sitting at #26 on our 2018 North Carolina rankings. I am excited to watch his progress continue over the next two seasons at Northern Guilford.